ArchiMate®, ERD, and UML® model data can be imported from an Excel workbook into Enterprise Studio using an Excel connection.

If import feedback has been activated for the connection, import may take more time.

Before you start importing data from Excel, make sure that the objects in your model and the mappings of your Excel connection do not have trailing spaces in their names. The same goes for the objects and worksheets in your Excel file. This is to prevent any unwanted matching issues during the import (see also Exporting model data to an Excel workbook). During the import from Excel, any trailing spaces in object and worksheet names will be removed and can cause issues.

So please make sure there are no outstanding claims by removing other users' claims or have users commit their changes before you start importing.

If reporting has been activated in the connection settings, the Import from Excel window appears showing a summary of the import in a table. 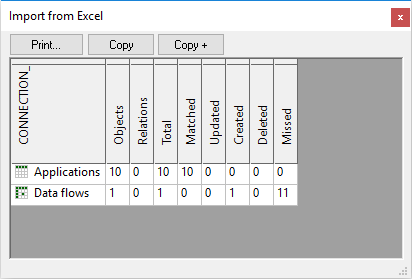 Table with a summary of an import from Excel

If import feedback has been activated in the connection settings, then the Excel file is also opened. It contains feedback on the data you have imported with different colors and comments in the worksheets. 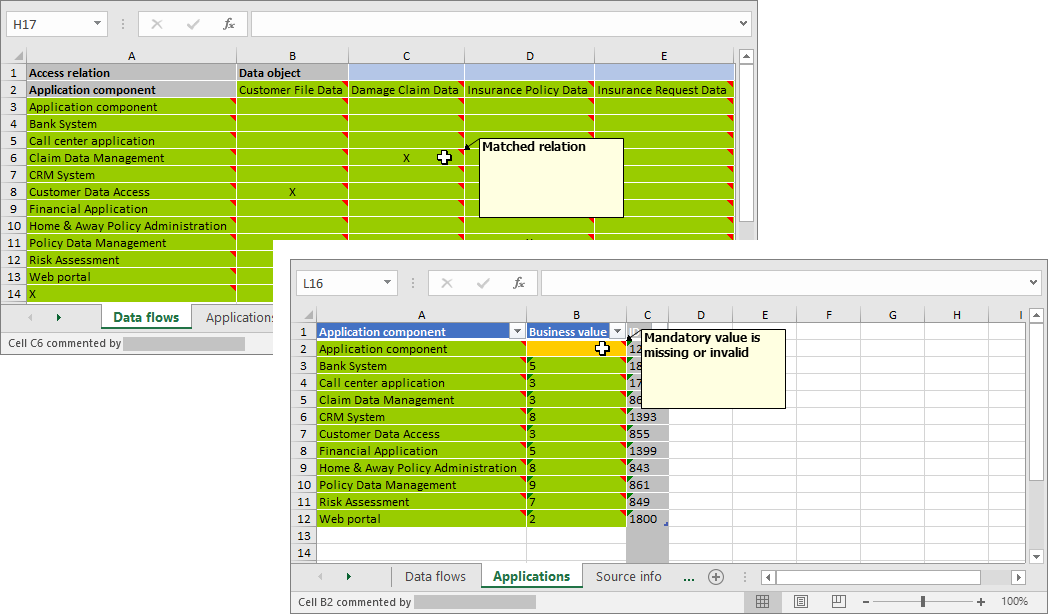 Example of feedback in an Excel file after import