The 3.3 release of Enterprise Studio and Team Platform comes with a new way to control access to models.

In previous versions, access to models could only be controlled by working in projects. At the start of a project, you could select which models the project would contribute to. Only these models would be editable by the users invited for the project, and their access to the other models would be restricted to read-only viewing permission.

Working with projects is still available, allowing project teams to work on parts of a model package in isolation, but access control can now be implemented separately.

From version 3.3, designers can share model packages and projects with other users and user groups, and at the same time assign access permissions.  Below is briefly explained how you can benefit from this new functionality.

Let's meet John, Jane, and Charles. John is a designer working on a model package in Enterprise Studio. He would like his colleague Jane to contribute to Model A. In the File menu, he clicks Manage Package. On this page are the following options: Share and Start Project. Now instead of starting a project, he selects Share. On the Share tab, John first clears "Model package", then selects "Model A" from the available folders and models, and then enters Jane's e-mail address. 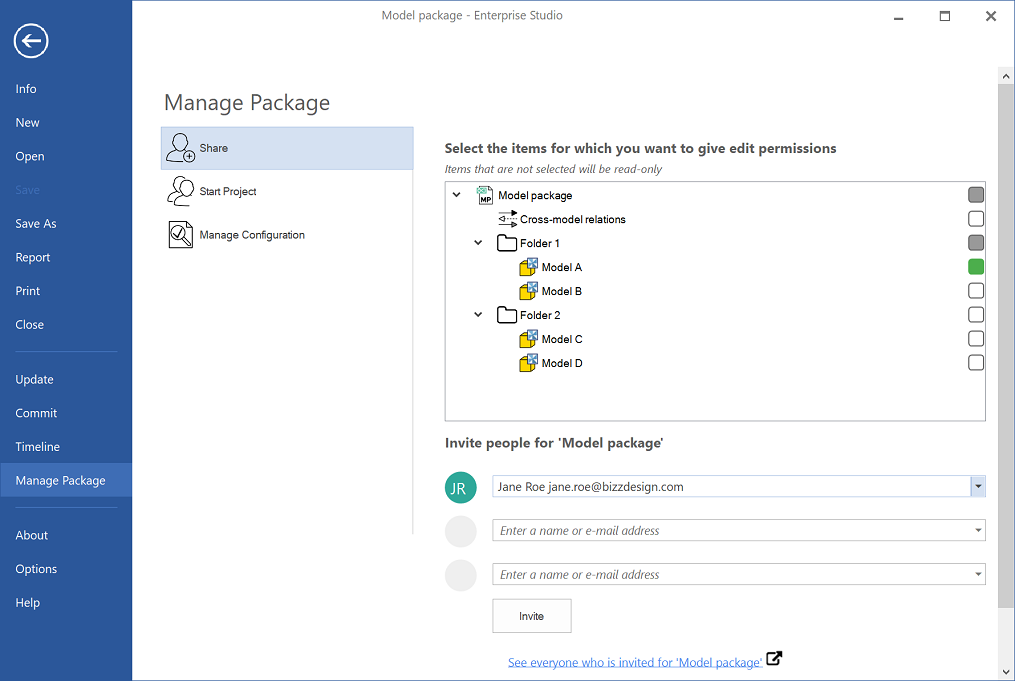 After this, Jane will have direct access to John's model package, but she will only be able to edit and commit changes to "Model A". She has read-only access to the rest of the model package, so she has an overview of her model's context, and she can create relationships with objects in other models.

If the model package is organized in folders, John can also select an entire folder when assigning access permissions. This gives Jane edit permissions for all models within the selected folder, and the permission to create new models within that folder.

Alternatively, John could have asked Charles, who is an administrator of the Team Server, to go to the Invite section of the Manage package page of John's model package on the Team Server. Here Charles can invite Jane to the model package and give her edit permission for "Model A". 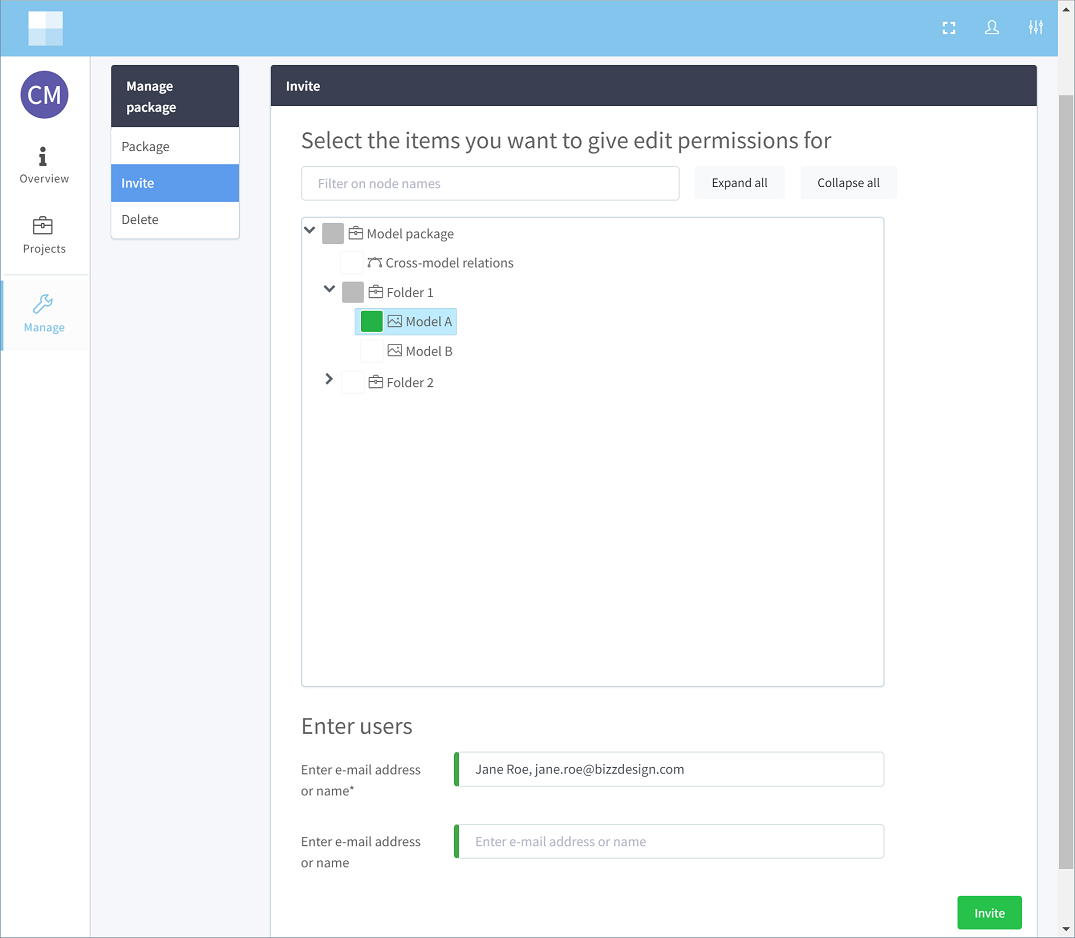 Projects are for working in isolation

John is still able to start a project within a model package. As a Lead Designer, he can select Start Project on the Manage Package tab in Enterprise Studio, and provide a name and description. Subsequently, he can share the project with other users or user groups, giving them specific access permissions, the same way he shared the model package. 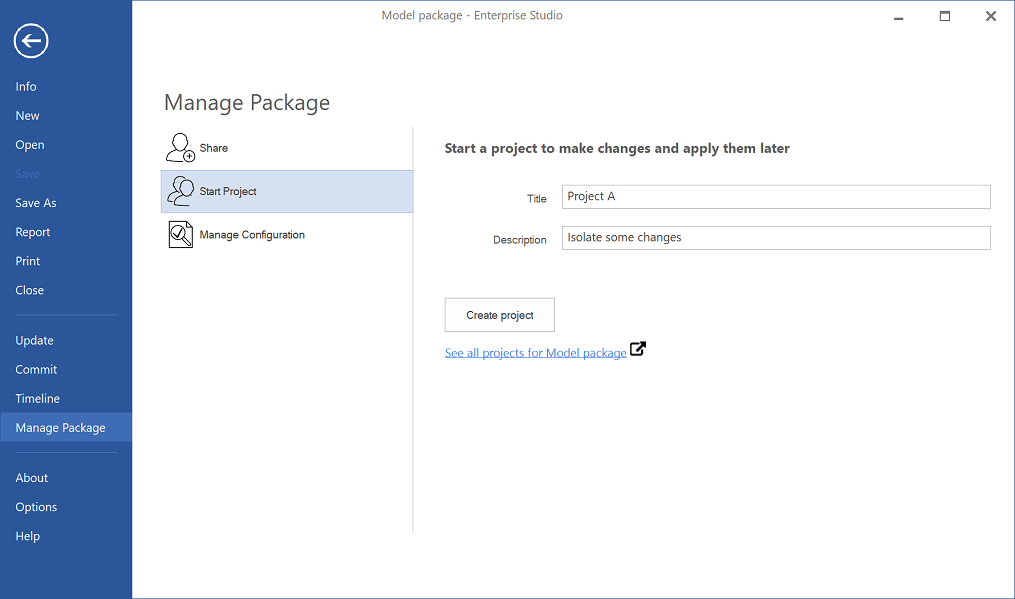 A project allows a team to work on parts of the model package in isolation. It's like creating a branch in a distributed version management system. The commits that are made in a project remain separated from the master model package until John applies the project's contributions.

Even though the project's scope is no longer restricted, John can only edit the content that he could in the master model package. And he can only give edit permissions to others for folders and models he can edit himself.

With the upgrade to Enterprise Studio 3.3, existing projects and invitations will be converted and remain active. All users that were invited to contribute to the project will get edit permissions on the models that were in scope of the project, so you can continue working on these projects.

For projects that were created for access control, you are advised to apply all contributions to the master model package, and then delete the project. Access control can be set up with the new functionality, as described above. Of course, BiZZdesign is available to provide advice and support in getting you up and running.