The ArchiMate® Landscape map supports using hierarchy in the X- and Y-population. By defining hierarchy you can show the map for only population elements that are defined at a certain level. When hierarchy is defined, the map has selection boxes on the X- and/or Y-axis in which you can select the level that must be shown in the map.

In the figure below, the Landscape map has 3 levels on the X-axis and 2 levels on the Y-axis. The map on the left shows the application components that link business processes and devices. This looks the same as when you would create the map without hierarchy. To create hierarchy, the business processes are connected to locations (in two levels, national and international) and the devices to nodes ("Server cluster"). By selecting different levels the map will show the application components at location level and/or cluster level. The maps in the middle and on the right show examples of different levels.

Example of a Landscape map with hierarchy

To illustrate the use of levels, the following example is used for creating a Landscape map with levels.

The figure below shows the structure of the model and the view with objects and relations the Landcape map is based on. As can be seen in the view, the business processes are connected to locations via composition relations. The devices are connected to nodes via composition relations. These connections are used to create the hierarchy. Please take note that only one of the locations on top level in the view below is linked for the hierarchy. When creating the map , these unlinked objects will be shown in the map, but they do not have any relations to other objects.

The result will be a Landscape map as shown in the figure above. 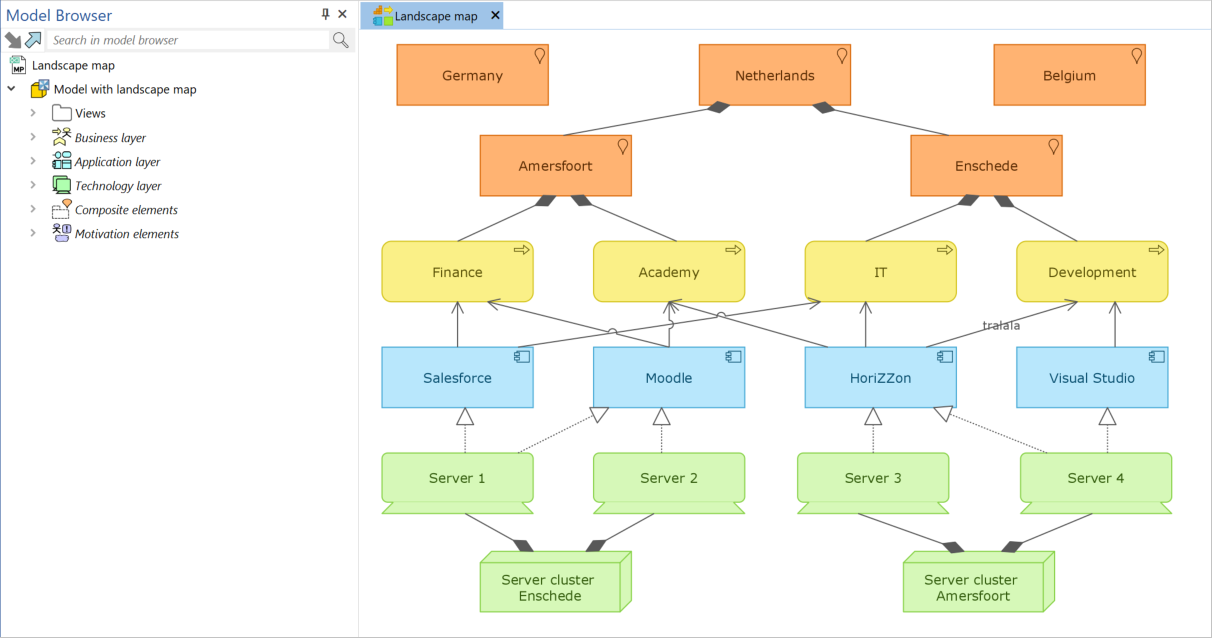 Your Landscape map with levels is now ready. To make the object names in the cells more readable, the cell width and height can be adjusted on the Representation tab of the chart properties window. 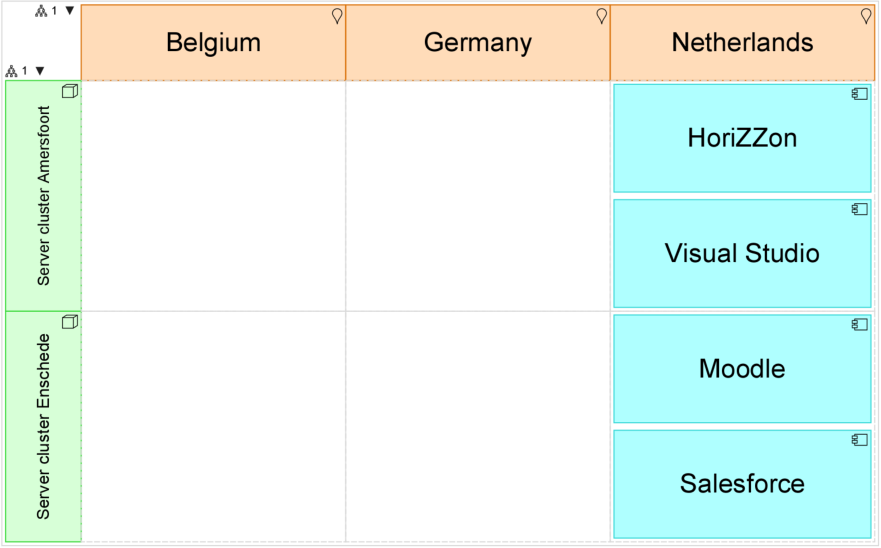 Please take note that when publishing the Landscape map to HoriZZon, make sure you have selected the levels that you want to present in the map. The levels cannot be changed in the view in a HoriZZon site.