Applies to the latest version of Enterprise Studio

Enterprise Studio has a general set of software requirements for the application, the HoriZZon web portal, and the Team Server, which also acts as a license server.

The system requirements apply to the latest release of Enterprise Studio. 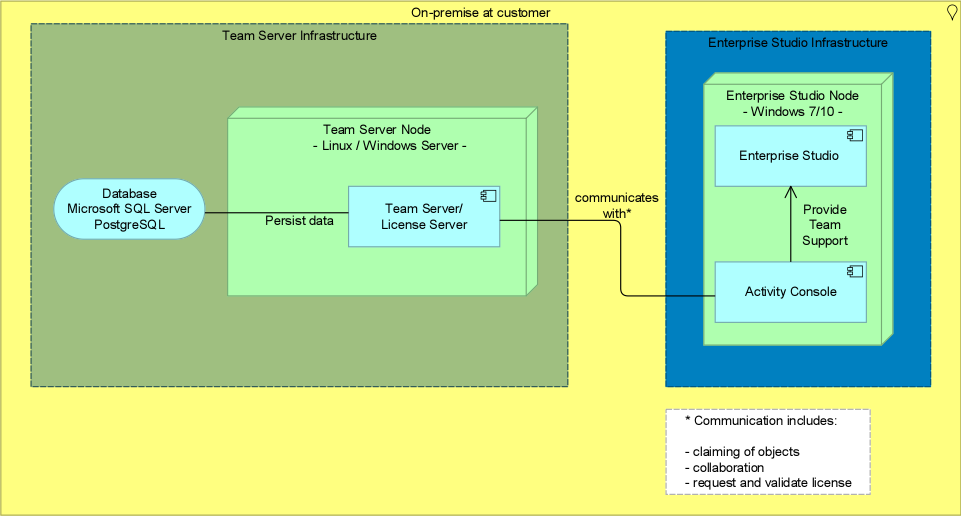 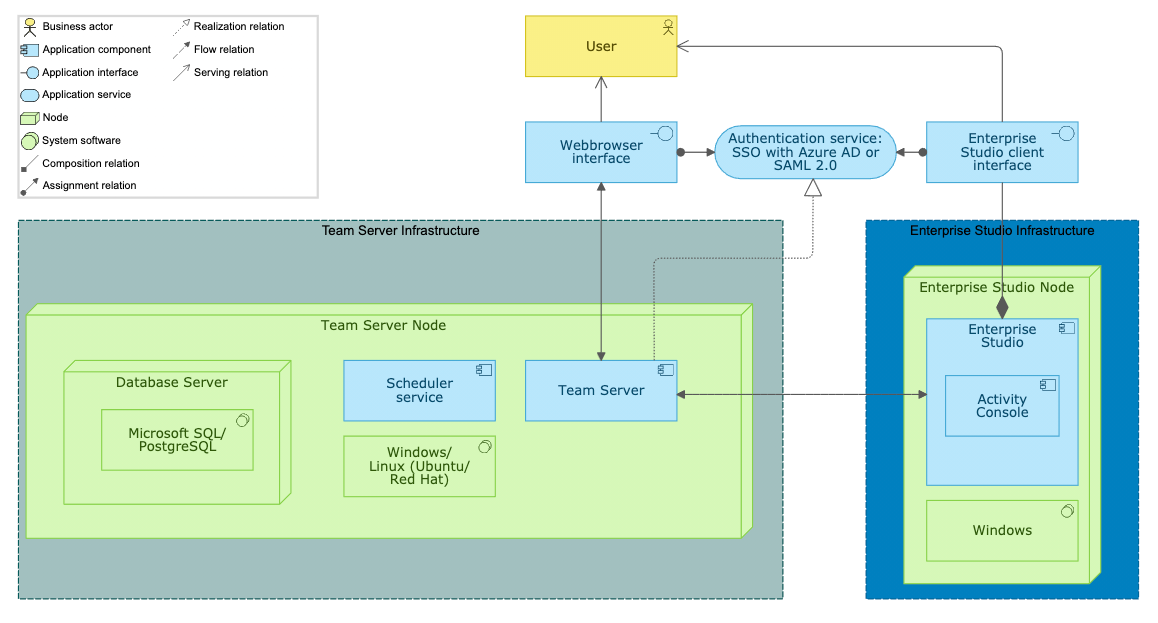 Long cyclic user collaboration In long cyclic user collaboration styles the interaction between users is less frequent. Users tend to wait longer periods (a week or more) before publishing (committing) their contribution to their peers in the model package or project. Also, projects wait longer periods (a month or more) before synchronizing with their main model package. This requires slightly more resources on the Team Server side to accommodate this (which are dynamically increased/decreased as demanded).

The Team Server component uses a Java Virtual Machine (JVM) to run, which requires additional settings to ensure the JVM can fully use the desired memory. The steps needed to configure the JVM can be found in the Enterprise Studio Installation Guide.

The listed memory must be fully usable by (e.g., allocated to) the Team Server JVM.